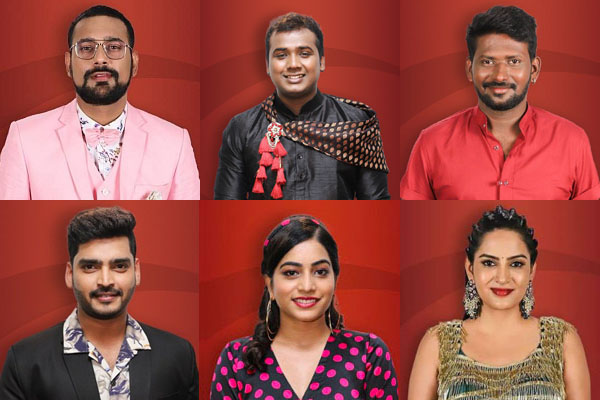 Bigg boss Telugu season 3 is getting interesting as well as tough with one housemate leaving the house each week. After the exit of Ashu reddy yesterday, the competition among housemates got even tougher.Today Bigg boss gave a twist to nomination process and Bigg boss himself will choose a pair of housemates and all the housemates have to cast their vote to save one of them and nominate the other. Each housemate has to give explanation for nominating or saving a candidate.

Bigg boss selected pairs as below:

After this process Ravi, Himaja, Mahesh, Punarnavi, and Rahul nominated for eviction next week. Just when the others thought we are saved, Bigg boss asked captain Shiva Jyothy to nominate one among those saved directly. She has to nominate one from – Ali, Sreemukhi, Baba Bhaskar, Vitika and Varun.

During nomination process, Shiva Jyothy behaved very rational and clearly explained the reasons without being subjected to any emotional stress. It was surprising given her highly emotional nature. While breaking the tie between Rahul and Vitika, she gave an elaborate explanation for saving Vitika. Her explanation convinced everyone. While nominating one from the saved housemates directly also she gave nice explanation for saving housemates. However, finally she had to choose one from Vitika and Varun and she nominated Varun and saved Vitika. So Varun also came into nominations this week. It is to be noted that when Vitika has to save one from Varun and Punarnavi, She saved Punarnavi and nominated her husband Vitika. But Varun saved Vitika and nominated Rahul.