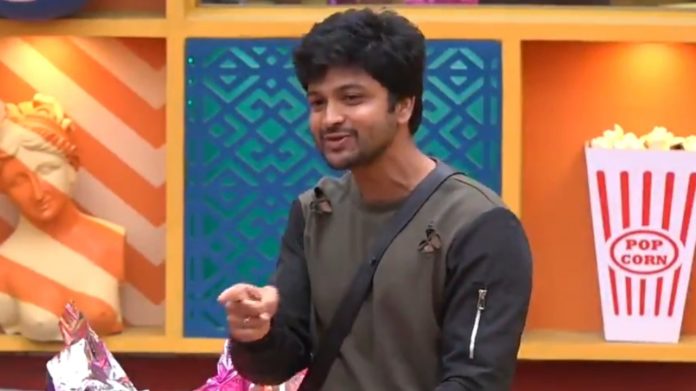 Bigg boss told that there will be another task and the nominated housemates need to stand at a specific place and there will be a stand to support their face. They should not remove the face from that stand no matter what may happen. Housemates can force them to move them out of that stand. Abhijit, Avinash, Harika, Amma and, Monal were in the nominations.

Akhil targetted Amma Rajasekhar and Mehboob tried to protect him. But Akhil behaved a little rude to Mehboob and that irked Sohail. He targeted Monal and irritated her a lot. Finally, this led to a strong war of words between them. They not only raised voices but were seen as if they may physically attack each other. But later they cooled down.

Bigg boss clearly announced that if someone saves his face till the end he will be saved from the nominations and if more than one person saves themselves, no one will be the winner. Abhijit again proved he is lazy and he quit the game. Harika was eliminated from the task by Bigg boss. But Monal, Amma, and Avinash saved themselves and so Big boss announced there is no winner in the task as more than one person saved himself.

During the nominations, Sohail also got 2 votes i.e. from Ariyana and Monal. But the Bigg boss did not include him in the final list of nominations. In the previous weeks, the contestants who got only one vote also were in the nominations. E.g. Swathi Dikshit was evicted in the week when there was lonely one vote for her nomination. There are several examples like this. But Bigg boss saved Sohail despite he got 2 votes this week, This kind of partiality of Bigg boss hampering the show in this season.

Why this additional task at all?

Overall, Bigg boss season 4 is going without a direction and it will not be long before the audience declares that this is a disaster season if Bigg boss makers continue the show as per their whims and fancies.