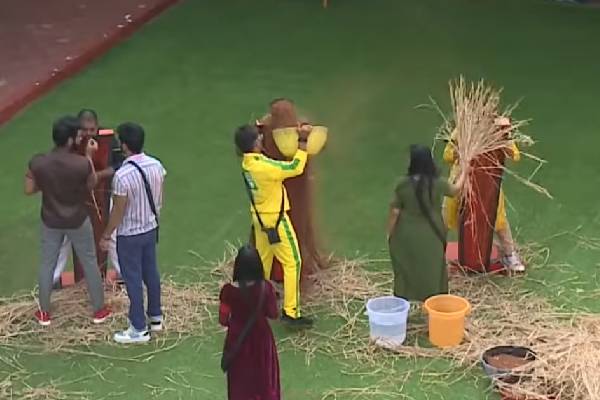 Usually nomination process in Bigg boss is confined to one episode but this week it was prolonged to more than one episode this time. There were bitter arguments during these two episodes.

Ariyana is the captain of the house. She has instructed some punishments to those who violate the rules. Today Sohail was seen sleeping and Ariyana asked him to jump into swimming pool as per the rule. Sohail did not agree and told that he will do it in the evening as he has just finished the bath and also he has caught cold. This led to bitter argument between the two. Later Sohail was nominated by Ariyana. As Ariyana is captain, Sohil could not nominate him. Ariyana also nominated Harika

Avinash and Abhijit are not in good terms since Noel targeted Avinash while leaving the house. Abhijit sided with Noel during that argument. Avinash nominated Abhijit and his friend Harika, probably keeping in mind that these two are working against him. Later Abhijit also nominated Avinash. During these two processes, there was a heated argument between the two. Abhijit warned Avinash not to do “entertainment” by pulling his name. Avinash retaliated saying he is an entertainer and continue to do the same.Harika also retaliated Avinash by targeting him in nominations.

Same thing happened with Amma Rajaeshar too. Abhijit nominated him and commented about his childishness and arrogance. Initially he started by talking about Amma Rajasekhar’s personal success in the life, but Amma told not to talk about his personal life in this house during nominations. This led to war of words. While Amma targetted Amma’s short temper, Amma targetted Abhijit’s laziness during the tasks. Amma Rajasekhar too nominated Abhijit and Akhil and he had heated arguments with both of them.Harika also nominated Amma.

Monal’s aversion for egg and Akhil’s surprising nomination of Monal:

Monal being a vegetarian, felt scared with the thought of breaking the egg on other’s head or somebody breaking egg on her head. But Bigg boss accepted her request and gave some concession to her. She nominated Sohail, She also nominated Lasya. it is to be noted that Lasya earlier nominated Monal. Akhil nominated Monal and that was surprising not only to the housemates but also to the audience.

Overall – Abhijit, Akhil, Avinash, Amma, and Monal are in nominations this week.