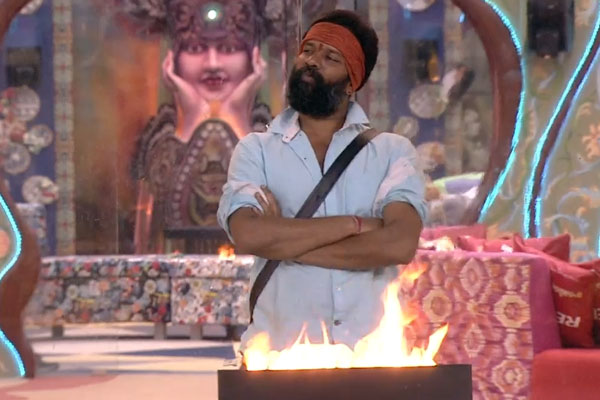 A friend in need is a friend indeed, say many. But Baba Bhaskar recently became an unreliable friend in Bigg boss house. Even though Ravi Krishna got evicted last week, as per the reports, the difference between the votes polled between Baba Bhaskar and Ravikrishna was very minor. In fact, Baba bhaskar also was very nervous this time, unlike during previous nominations, when he was super confident about getting saved from eviction.

In Bigg boss house, Srimukhi is one of the very close friends to Baba Bhaskar. In fact, she helped him many times in the house. She always supported Baba Bhaskar while playing for captaincy task, unless she is also one of the contender for the captaincy. But, when he was captain and got a chance to save one of the housemates from nominations, he chose Ravi over Sreemukhi. Later, in previous week nominations, he saved Shiva Jyothi over Sreemukhi and Vitika over Ravi. It is very interesting to see that, Sreemukhi was close friend of him compared to Shiva Jyothi and Ravi is close to him compared to Vitika. Nobody understands why Baba intentionally saved others over his best pals.

His decisions last week got negative feedback from audience. Of course Bigg boss is an individual game. But if he’s playing an individual game there will be no objection but he always says that he value relations over playing the game ruthlessly. That is why audience expect him to behave what he preaches.

He got a lifeline now. We will have to wait and see whether he corrects his mistakes and becomes a finalist or not.