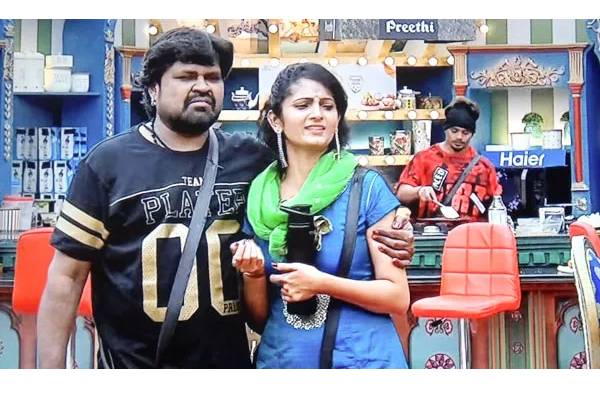 Bigg boss season 4 is going on with huge TRP ratings. After Surya Kiran, Kalyani, Devi, and Swathi leaving the house, now the stage is set for the next eviction. Akhil, Noel, Abhijeet, Sohail, Amma, monal, Lasya, Sujatha, and Ariyana are in the nominations this week. As per the reports, anchor Sujatha and Amma Rajasekhar danger zone this week. Details as below

It seems Akhil, Abhijeet, Noel, and Lasya very good voting and so there is no danger for them in the house for a few more weeks. Next comes the list of three people who are having a medium range of voting this week – Ariyana, Monal, Sohail. Sohail has recently become the captain of the house. If he survives this week he will be there in the house at least for two more weeks. As of now, it looks like a possibility. Monal is irritating the audience but she is giving good footage and ratings to the show and it is unlikely that she will leave the house this week. Ariyana has improved her prospects a lot after humans vs robots task and coins tasks. She has demonstrated herself as someone who plays tasks well.

Sujatha or Amma – who will leave:

Out of the rest of the nominated contestants, Sujatha and Amma Rajasekhar are not getting good votings. Sujatha has irritated the audience in the second and third weeks a lot but she didn’t come into nominations. Had she been in nominations either Devi or Swathi Dikshit would have been saved in previous weeks as per some analysts. There were lots of memes circulated in social media which shows the desperation of the audience to evict her. On the other hand, Amma Rajasekhar got good feedback in the second and third weeks with his pranks and jokes. Also, Devi’s allegations on him and his crying as a reaction for that got him sympathy. But later, the audience has seen his double standards in the tasks. He is displaying “I am ok, you are not ok” mentality most of the time. All this created a negative impression on him.

Overall Sujatha and Amma Rajasekhar are the bottom two as of now. However, Amma Rajasekhar seems to be getting better ratings than Sujatha. If there is double elimination or Bigg boss gives a twist Amma Raja Sekhar may have to leave but otherwise, Sujatha is the most probable eviction this week.