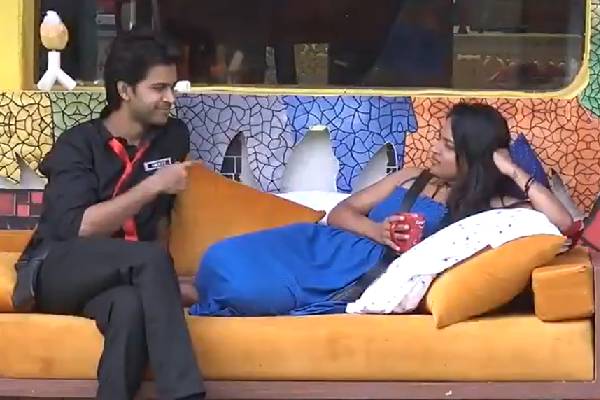 In Bigg Boss’ house, the hotel task that was started in the previous episode continued today also. This is not a new task for the audience as they have seen similar tasks in the previous season also.

Abhijit is the hotel manager, Akhil is a security officer, Sujatha and Lasya are chefs, Amma Rajasekhar is asst chef, Noel and Kumar are housekeeping staff, Monal, and Divi from the service spa. Avinash is an assistant manager. The rest of the housemates are the guests at the hotel. Out of the guests, Ariyana is a princess, Gangavva is her mother. Hotel staff has to impress the guests and get them good star ratings from the guests. They can also get tips from the guests.

Bigg boss gave a secret task to Avinash. He has to ensure the hotel team doesn’t get good ratings by irritating the guests. He did justice to his role very well by doing funny tasks that irritate guests. In fact, neither the guests nor the hotel staff got an iota of doubt regarding this.

The guests did not play well. They gave physical tasks to the hotel staff like Noel, Amma Rajasekhar, Akhil, and Abhijit. They did those enervating tasks very well and impressed not only the guests but also the audience.

Mehboob didn’t get proper food as Avinash spoiled the food by adding too much salt in it as part of a secret task. As Mehboob didn’t get food, he ordered it multiple times but the hotel staff did not give as he was not giving tips to the staff. This irritated him and shouted at the staff. Most of the housemates objected to his language. His friend Akhil also had an altercation with him.

Harika got a head massage with Abhijit:

Harika is from the guests’ team and Abhijit, with whom she has been having a special relationship in the house, is in the hotel staff team. She told him she can ask him anything as he is part of the staff team. She got a head massage from him, even though he is not from the spa team.

There was an altercation between Abhijit and Amma, who are part of the same team. As a manager, Abhijit asked his staff not to serve the food to the guest until they clear previous bills (in the form of star ratings and tips). Amma as chef denied this. He wanted to get his own tips from the guests. Staff members like Sujatha, Divi spoke in favor of Abhijit but Amma denied compromise.