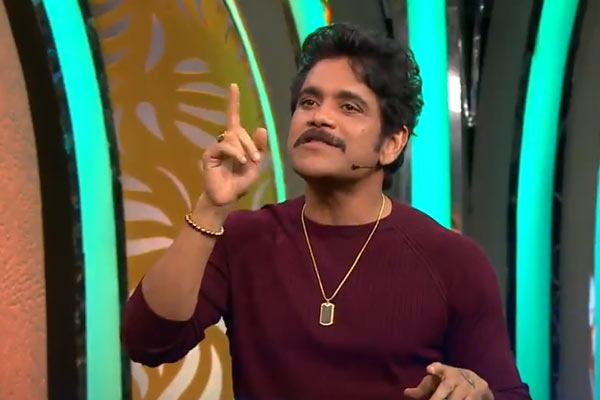 Bigg boss weekend episode is back and host Nagarjuna is back with bang. It’s known news that he was out of the country last week and so Ramya Krishna handled the show on his behalf. Housemates were so happy to see him back.

Nagarjuna reprimanded Baba Bhaskar for framing his own rules like – women should not wear shorts. He also reprimanded Srimukhi for nominating Ravi for Jail instead of Ali. Nagarjuna corrected Vitika by saying she should become a strength to Varun but she is becoming weakness to him instead.

Out of Rahul, Ali, Srimukhi, Ravi and Mahesh, only Rahul got saved today and rest of the four are still in danger zone. We will have to wait till tomorrow to know who will leave the house tomorrow.