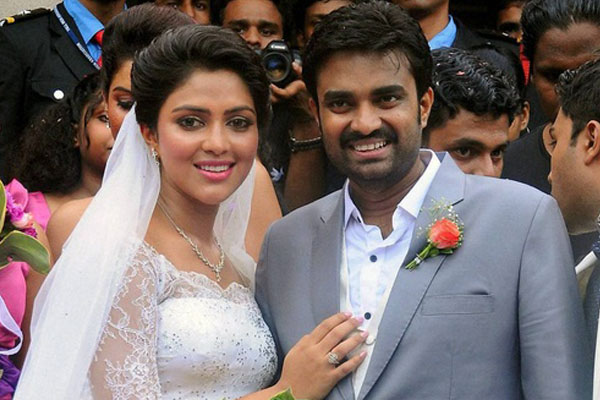 A lot has been said. And a lot more has been written about it. Not many expected the much talked about love story of Amala Paul and AL Vijay to end like this. Last week saw the news of the duo breaking up emerge. But the worst came when the director’s father Alagappan accused Amala of wanting to continue work and pointed out that to be the reason for the end of the two year marriage. Well, a lot of criticism was levelled against Vijay immediately. And he decided to do what he seemed right – give his side of the story. Here’s an official statement released by the director in which he indicates Amala broke his trust:

The reason behind the separation is unknown to anyone but me.

Many of my best friends and well wishers in this industry including media friends were insisting me to speak out. But i thought discussing my private life in public would do no good to the cause.

At this juncture, my father as a typical father was pained on the un pleasant developments on my family life and expressed his disappointment on the same to a channel when he was forced to do so. Sadly that is being taken as the sole source of all the speculations and debate.

I am consious about my social responsibility, I have so far directed 9 films. The portrayal of women in my films with dignity and self respect , reflects the amount of respect i have towards them.

I strongly advocate women and their freedom of choice. When Amala wanted to continue her career in films, I supported her to the best of my ability. And she continued acting even after marriage. The new found accusations that me or my family were stopping her from work is completely untrue.

The base for any marital relationship is honesty and trust,when that is breached the very existence of committed relationship becomes meaningless. I really value the institution of marriage and relationship a lot.

Not even In my worst dreams, did I think it will end. But yes, today I don’t have any choice. With lots of pain in my heart, I have decided to move on in life in a dignified manner.
The gender bias in certain section of the media with out knowing the actual facts damages the personal and professional integrity of mine which is much more painful than the original episode of departing

Lastly I would be grateful if people respect our personal lives and space as their very own and not dwelve into anymore speculations based on stray rumours.

I thank you all for being there for me in this hour of personal crisis.

Well, this only leaves one doubt now. What breach of trust happened and how was Amala responsible? Will she respond now? Only time will tell.