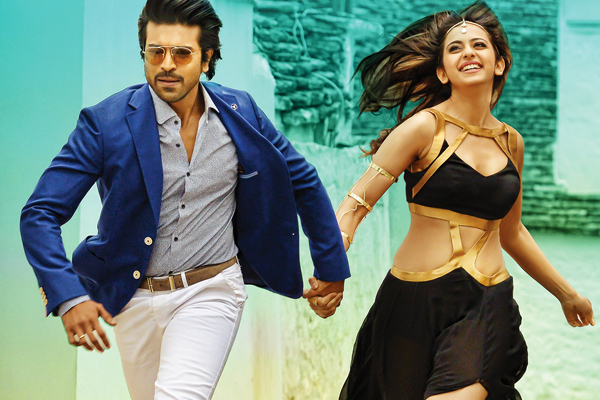 The censor formalities for Ram Charan’s forthcoming entertainer Bruce Lee have been completed and it was awarded a U/A certificate. The total run time is said to be 146 minutes.

With this,the film is ready for a grand release on October 16th. Sreenu Vaitla directed this family entertainer and DVV Danayya produced it. Rakul Preet Singh is the film’s leading lady and Krithi Kharbanda is playing Charan’s sister.

Kona Venkat and Gopi Mohan penned the script for the film. Manoj Paramahamsa cranked the camera and SS Thaman scored the soundtrack for the film.