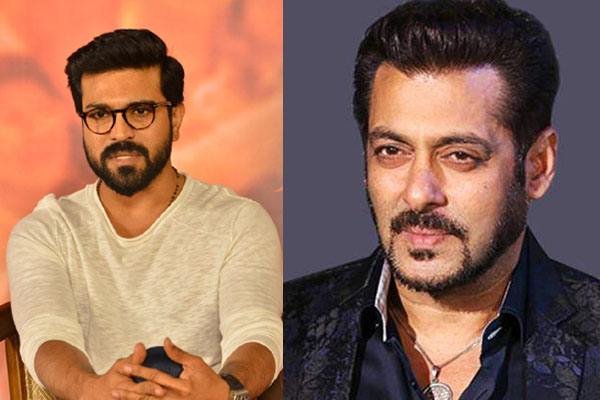 Mega Powerstar Ram Charan will join hands with Shankar for his next film and it would be a pan-Indian film. There are speculations about the other lead actor in this political drama. Top Bollywood media circles speculate that Bollywood Superstar Salman Khan is considered for the crucial role in the film. As per the reports, Salman Khan is considered to essay the role of a cop and it was Ram Charan who suggested his name for the role. Salman Khan’s presence will be a huge boost for the film across the North Indian belt.

Shankar is occupied with the pre-production work and the shoot commences in July. Shankar and Ram Charan are expected to meet Salman Khan personally soon and discuss about the project as per the speculations. This untitled political entertainer will release next year in all the Indian languages and Dil Raju is on board as the producer. Thaman will compose the music and background score for this big-budget film.