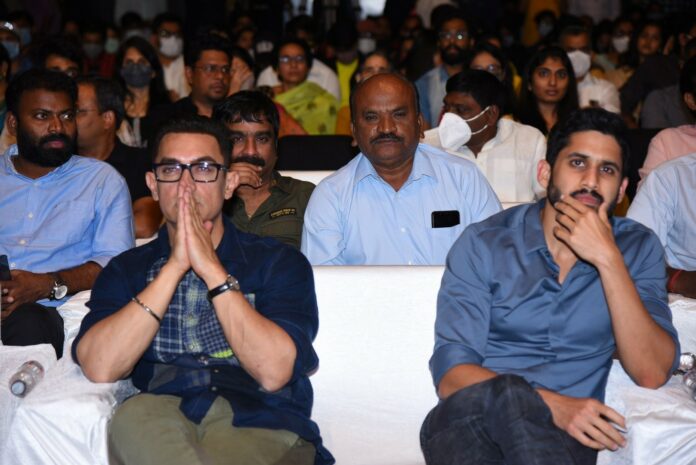 Bollywood Superstar Aami Khan surprised the audience after he attended the pre-release event of Love Story as a special guest. Naga Chaitanya played a crucial role in Aamir Khan’s upcoming movie Laal Singh Chaddha. Impressed with his behavior and professionalism, Aamir himself landed in Hyderabad for the event. “I saw the trailer of Love Story four days ago and I loved it. I texted Chay that I loved the trailer and he said that there is a pre-release event. I myself decided to make up for the event. We worked together for Laal Singh Chaddha recently” told Aamir.

“I came here to share the experience of working with Chay. I wanted to share this with his parents and fans from this stage. I worked with several people. Chay is not only a good actor, but he is also one of the best people I have ever met in my life. I want to thank his parents. When I met him for the first time on the sets, I felt like I have met him several times in the past. I am here to see this wonderful event. I am excited about Love Story and will watch the film on the first day in a theatre” told Aamir Khan.

A Superstar coming all the way and appreciating young actors like Naga Chaitanya is a rare feat. Love Story is directed by Sekhar Kammula and Naga Chaitanya, Sai Pallavi played the lead roles. The film is hitting the screens on September 24th across the globe.