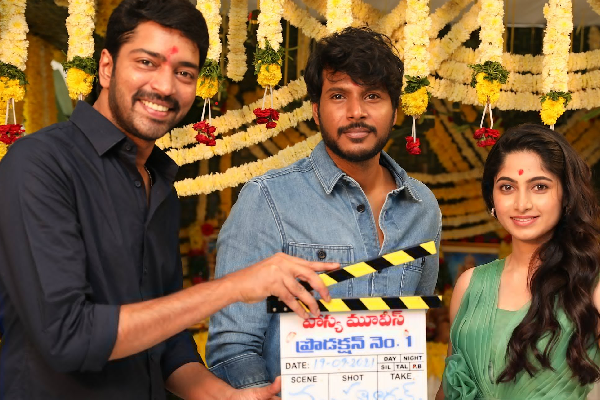 Actor Sundeep Kishan has joined hands with director V.I. Anand for the second time after ‘Tiger’. The actor along with the cast of the film launched it officially on Sunday with a mahurat clap here.

At the event, Gemini Kiran and producer Sudheer handed over the script to the makers, while Allari Naresh sounded the clapboard for the muhurtham shot and Naga Shaurya switched on the camera. ‘Naandhi’ director Vijay Kanakamedala has directed the first shot.

As per the team’s production, the film’s regular shoot will commence from October.

Actresses Kavya Thapar and Kaushee Ravi have been roped in as the female leads in the movie.