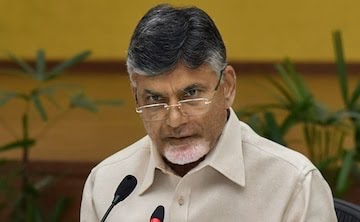 Andhra Pradesh Chief Minister N. Chandrababu Naidu will undertake a day-long fast in Delhi on Monday, seeking special category status for the state and fulfilment of other commitments made by the Centre at the time of state’s bifurcation.

Naidu will begin the ‘Dharma Porata Deeksha’ at the Andhra Pradesh Bhavan at 8 a.m. after paying tributes to Mahatma Gandhi at Raj Ghat

The Telugu Desam Party (TDP) chief is likley to be joined by his cabinet colleagues, MPs, state legislators, and leaders of students and employees groups and mass organisations.

Leaders of various non-Bharatiya Janata Party (BJP) parties are likely to visit the Andhra Bhavan to express their solidarity with Naidu, the Chief Minister’s Office said.

A large number of protesters from Andhra Pradesh has already reached the national capital. The state government hired two special trains to ferry people to Delhi.

Naidu will also submit a memorandum to President Ram Nath Kovind on February 12.

The Chief Minister has participated in ‘Dharma Porata Deeksha’ in 11 districts of Andhra Pradesh so far.