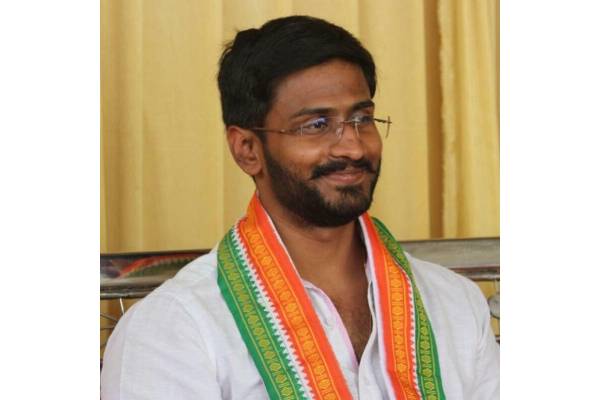 The Congress party finally announced its candidate for Huzurabad Assembly bypoll to be held on October 30.

Although several names of seniors like Konda Surekha surfaced earlier, the party finally opted for a ‘student leader’ and also a ‘local leader’.

The Congress high command on Saturday (today) announced Balmoor Venkat as its candidate for Huzurabad bypoll.

Etela Rajender, who quit TRS to join BJP, is contesting as BJP candidate although the BJP is yet to officially announce his candidature.

Huzurabad bypoll is seen as a war between TRS and BJP and remains to be seen where Congress stands in this big battle between KCR and Etela Rajender.

Even if Congress retains the deposit in this election, it will be considered a victory in political circles.

Revanth Reddy is facing first election in Telangana after he took over TPCC chief and if Congress fails to secure deposit in Huzurabad, it will be a big setback for him.