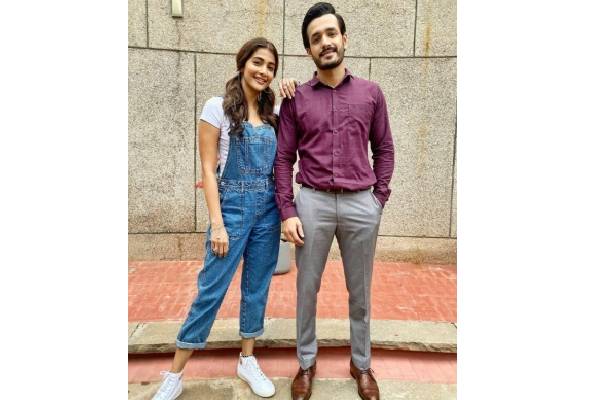 Actors Akhil Akkineni and Pooja Hegde will soon be seen in their Telugu film ‘Most Eligible Bacherlor’. Looking back at their shooting days, Akhil observer that Pooja is a complete workoholic.

“She’s really a workaholic. She used to manage from one movie shoot to another – six movies in different languages – Telugu, Hindi, Tamil. She used to travel a lot from one place to another. She’s a really hard-working person and I really appreciate that,” says Akhil about Pooja, who has films in multiple languages under production

In their upcoming film, Pooja’s character will be seen doing stand-up comedy.

“Definitely, she (Pooja) took this as a challenge and I remember that while she was in the shoot for those stand-up comedian scenes, she used to be more enthusiastic and passionate to do something new. She used to be very channelized and very energetic walking around the sets to know what was happening around her. She really gave her heart for her character,” says the actor.

Directed by Bommarillu Bhaskar, ‘Most Eligible Bachelor’ will release on October 15.