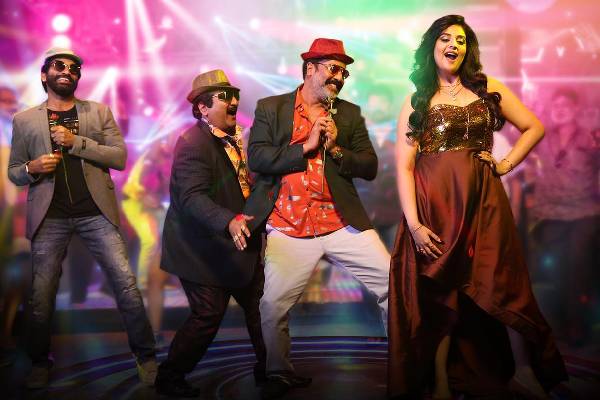 Crazy Uncles is a comedy entertainer which is the story of three middle aged, rich uncles who are young at their heart. The promotions of the film have begun with the release of the title song.

Sreemukhi and the three uncles – Mano, Raja Raveendar, and Bharani star in this party song. While Sreemukhi jokes about their age and their ‘young’ behaviour, they downplays the age factor saying that is not an issue.

The funny lyrics by Kasarala Shyam remains highlight and is well complimented by Raghu Kunche’s music. Sreemukhi takes care of the glamour part while the three uncles induce the fun quotient to the song.