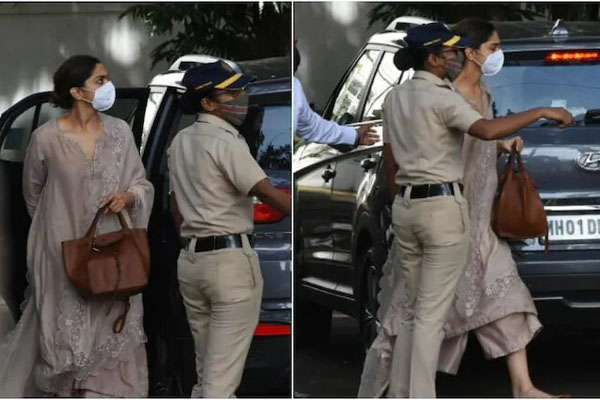 A heap of reporters kept waiting outside the Worli residence of top Bollywood actress Deepika Padukone to cover the glimpses of the actress when she would start to the NCB Office for investigation. Bollywood media has been over-enthusiastic in the drugs case. Leaving them in waiting mode, Deepika Padukone arrived at the office of NCB from Taj Hotel, Mumbai when the reporters kept waiting and waiting at her residence. The actress surprised after she reached the office without any trace. Deepika Padukone looked simple after she stepped out in an SUV at the NCB office at 9:45 AM.

The investigation commenced at 10 AM and the actress will be questioned about her involvement in the drug chats and about consuming drugs. Deepika Padukone along with her manager Karishma Prakash is questioned currently. A special team of officials will also question Sara Ali Khan and Shraddha Kapoor in relation with the case today. There are discussions about a party that was organized by Bollywood top filmmaker Karan Johar. The producer issued a clarification that no drugs were involved in his parties. But the Bollywood media speculates that all the actors from the party along with Karan Johar will be summoned by NCB soon.