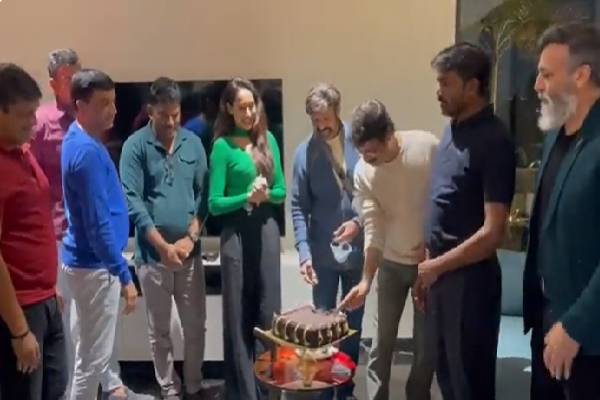 Top producer and distributor Dil Raju acquired the Nizam and Vizag theatrical rights of Akhanda for a fancy price and he is the only distributor who paid full amounts as per the commitments before the release in the Telugu states. The film turned out to be a stupendous hit and Raju recovered the Nizam investment before the weekend. He hosted a lavish party for the team of Akhanda in his new Hyderabad residence where he celebrated his birthday recently.

Balakrishna, Boyapati Sreenu along with the entire team of Akhanda attended the party. All the directors who worked with Dil Raju were present for the lavish party hosted by Dil Raju and Shirish. Dil Raju has also planned to work with Balakrishna for a film and this event may make them closer and the combo will happen soon.