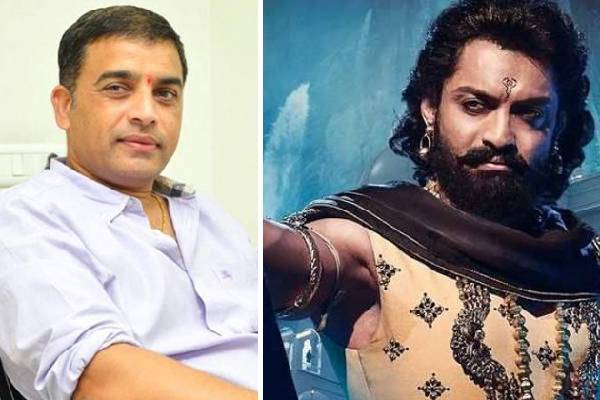 Nandamuri Kalyanram is back with a bang with Bimbisara and the film is declared as the biggest hit in the actor’s career. Along with the unique content, Kalyanram’s team also worked on the VFX work. The film was made on a huge budget and NTR Arts already made huge profits. Kalyanram announced the sequel of Bimbisara even before the release and the director Vassishta is working on the final script of Bimbisara. The sequel of the film is planned on a massive budget and the shoot commences later this year.

Top producer and distributor Dil Raju distributed Bimbisara across the Telugu states. He lauded the entire team during the success meet of the film. Dil Raju loved the planning of Bimbisara. Now he came up with a business proposal for Kalyanram. As the sequel would be made on a lavish note and will carry huge expectations, Dil Raju is in plans to join the film as a co-producer. Kalyanram responded on a positive note but he would take the final call only after the script is locked and the budgets are finalized. For now, Vassishta and his team are working on the final script. NTR Arts will produce Bimbisara 2.