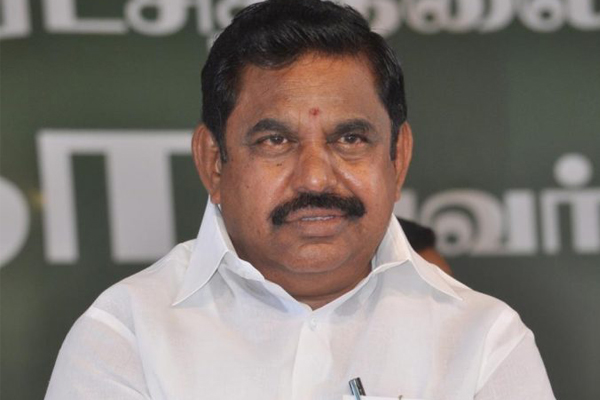 Tamil Nadu Chief Minister K. Palaniswami on Sunday told Prime Minister Narendra Modi that the diversion of 80 MT oxygen supplies from the state to Andhra Pradesh and Telangana is “unjustifiable” and should be reversed.

In a letter to Modi, the text of which was released to the media here, he also said the allotment of 220 MT (metric ton) of oxygen for Tamil Nadu in the latest National Medical Oxygen allotment plan is wrong.

Citing the increasing trend of Covid-19 infections in Tamil Nadu, Palaniswami said the the state would require 450 MT shortly which would be more than its production capacity of 400 MT.

“As compared to the maximum active case number of around 58,000 during the previous surge in 2020, the active caseload has already increased to over a lakh today. This has increased the oxygen demand as stated above. All efforts are being made to provide uninterrupted and adequate oxygen supply,” he said.

Given this scenario, Palaniswami told Modi that the premise of allocating 220 MT of oxygen for Tamil Nadu and diversion of 80 MT of liquid oxygen from the manufacturing facilities near here to Andhra Pradesh, and Telangana is “wrong and unjustifiable”.

As per Petroleum and Explosives Safety Organisation (PESO) data, the consumption of oxygen in Tamil Nadu has already reached 310 MT as against the inadequate allotment made to the state of only 220 MT, he said.

Also, the states to which the allotment has been made have lower number of active cases than Tamil Nadu and also have major steel industries located within their state/close to their states, Palaniswami said.

“While Tamil Nadu has never imposed any restrictions so far and is always ready to support other states, such mandatory diversion of liquid oxygen from the needs of our state can lead to major crisis in Chennai and other districts.

“Hence, I request that diversion of 80 KL from Sriperumpudur plant in Tamil Nadu may immediately be cancelled,” Palaniswami said.