Allu Arjun’s latest entertainer Duvvada Jagannadham, which amassed 100 Crores gross worldwide in the first week, has touched another milestone by the end of second Friday. The film has entered the million dollar club in overseas by collecting $ 20K on the second Friday, taking the total to $ 1.02M.

After taking a good start in overseas with a $542K haul on the first day( including premieres) , DJ stumbled towards the weekend and managed a $ 880K haul in the first weekend. Taking advantage of the T-Mobile offer, the film collected a decent $ 66K on Monday. But, the collections have nosedived throughout the second week.

Trade circles predict that the overseas buyers will incur considerable losses in all areas as the film was sold for at a hefty price. This is the third film in Allu Arjun’s career to hit the million dollar club after Race Gurram ($ 1.42 M) and Son of Satyamurthy ($ 1.25M). 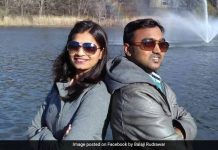 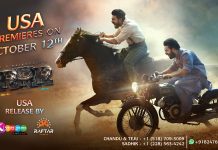