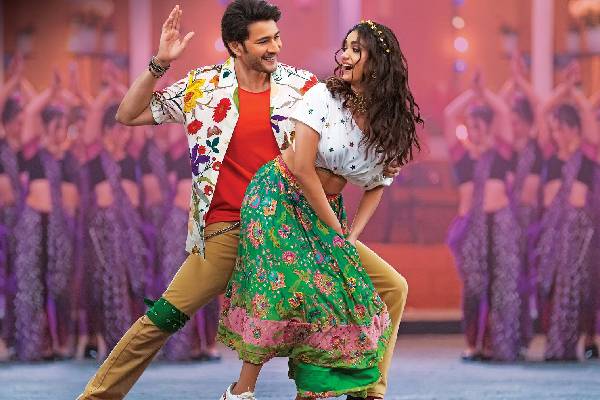 May 7th is going to be a double treat Superstar Mahesh Babu fans. Sarkaru Vaari Paata team already announced the film’s Pre-release event that day and now, it is the time for the release of the film’s third song.

The song is special as it goes like ‘Ma Ma Mahesha’ and is said to be the Massiest Song of the season.

The song announcement poster has Mahesh Babu and Keerthy Suresh flexing themselves for an energetic step. Mahesh Babu looks spectacular and the styling looks massy as well.

It looks like Keerthy Suresh is doing such a dance number for the first time. All eyes are on Thaman who is in sensational form these day to deliver the song of the season.