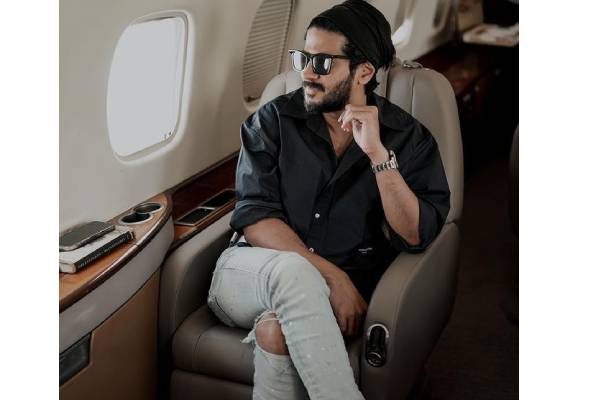 Actor and producer Dulquer Salmaan, who is busy promoting the release of his upcoming film,’Sita Ramam’ in Vijayawada, has become a big fan of the world famous Ulavucharu biryani available there.

On Sunday, Vyjayanthi Movies, the production house of ‘Sita Ramam’, tweeted a brief clip of Dulquer silently but swiftly polishing up a plate of the world famous biryani in Vijayawada.

Dulquer, in between mouthfuls of biryani, says: “Hi guys, trying the world famous Ulavucharu biryani, it is so yum.”

Dulquer Salmaan and Mrunal along with the team of ‘Sita Ramam’ on Sunday headed to Vijayawada to promote their film – a beautiful love story set against the backdrop of war in 1965. Dulquer Salmaan plays the character of Lieutenant Ram, an orphan, serving the nation in snow-clad mesmerising terrains and gleaming lakes of Kashmir.

Pairing with Dulquer is Mrunal Thakur as Sita Mahalakshmi, the leading lady of the film, along with Rashmika Mandanna in an impressive role.

The film is presented by the 50-year-old Vyjayanthi Movies and produced by Ashwini Dutt for Swapna Cinema.