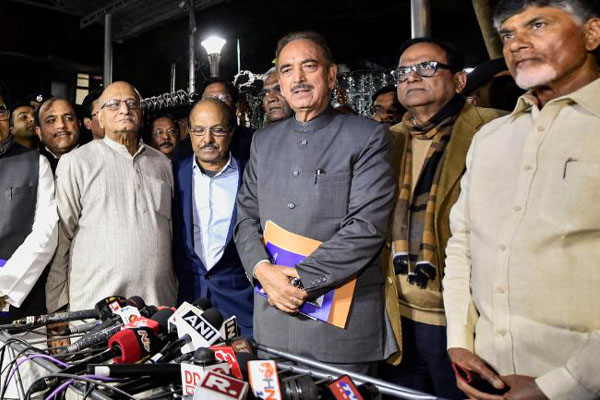 The Election Commission will meet on Wednesday to address the concerns raised by leaders of 20 opposition parties, who met the poll panel on Tuesday to voice their concerns over Electronic Voting Machines (EVMs) and use of VVPATs, the Congress said.

“We have raised these same issues in last one and half months. Why they have not responded … the Commission heard us for almost an hour. They assured us they will meet again tomorrow (Wednesday) morning to address primarily these two issues,” senior party leader Abhishek Manu Singhvi told reporters.

The delegation requested that the verification of VVPAT slips of five randomly identified polling stations should be done prior to beginning the counting of votes and not after completion of the last round.

They also sought that if any discrepancy is found anywhere during the VVPAT verification, 100 per cent counting of paper slips of VVPATs of all polling stations of that assembly segment should be done.