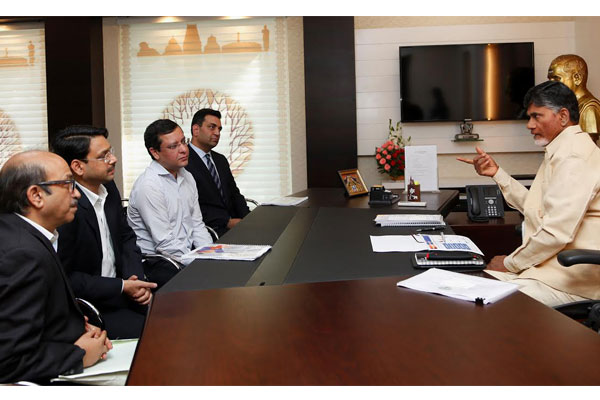 Chief minister Chandrababu Naidu asked the Essel group to explore the possibility of an integrated resort city in Andhra Pradesh on the lines of one set up in Singapore. The executives of Essel group, which working on the concept resort city met the chief minister on Friday and briefed about the idea of coming to Andhra Pradesh to set up such a project, which said has immense employment potential.

The Essel Group, which is currently working on developing Tirupati as Smart City. Amit Goenka, one of the promotors of the group and CEO, India Network Ltd, today met the chief minister Naidu to brief him about the concept of resort city. They also updated the CM with the progress of the company’s work in support the state in developing smart cities. Goenka agreed to conduct a feasibility study in Andhra Pradesh on setting up of the resort city.

Encouraging the concept the chief minister assured all cooperation from the government. “Andhra Pradesh has some of the best places. Explore the locations in the state and come up with a report,” the Chief Minister said. Chief Minister suggested them to keep Andhra Pradesh culture and needs in mind.

During the meeting Goenka also told the Chief Minster of their working on a waste-to-energy plant in Jamshedpur. Responding to this, the Chief Minister asked them to submit a report on their project to the Swachh Bharat task of force for which Naidu is convener.