Switch to: తెలుగు
Home Politics Etela has second thoughts over contesting from Huzurabad? 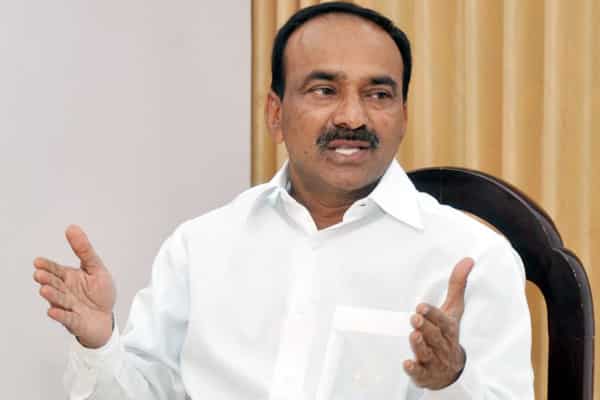 Sources close to Etela say that he is now planning to put up his wife Jamuna Reddy as the candidate. He will campaign for her and ensure her victory. He feels she is the right candidate in Huzurabad bypolls. But, why Jamuna Reddy? Those who know how to read Etela’s mind say that this move will help in garnering the Reddy vote in a big way.

Huzurabad constituency has considerable number of Reddys. By putting up Jamuna Reddy as the candidate, he can get the Reddys on his side. The BCs will in any way side with him. He will take a major cut in all other communities because of the work he had done for the past 20 years.

Sources also reveal that by putting up Jamuna Reddy, a significant chunk of women voters will also vote for him as Jamuna Reddy is well-known to many women in Huzurabad through her social work activities. Jamuna Reddy is not a passive politician’s wife. She plays very active role in shaping Etela’s politic. Another reason why Etela is planning to make his wife the candidate from Huzurabad is because the TRS would find it difficult to criticize Jamuna Reddy. Some allegations that the TRS might level against Etela will not apply to Jamuna Reddy, who is a new face in politics. If Jamuna Reddy becomes the candidate, Etela will be able to campaign freely, sources say.