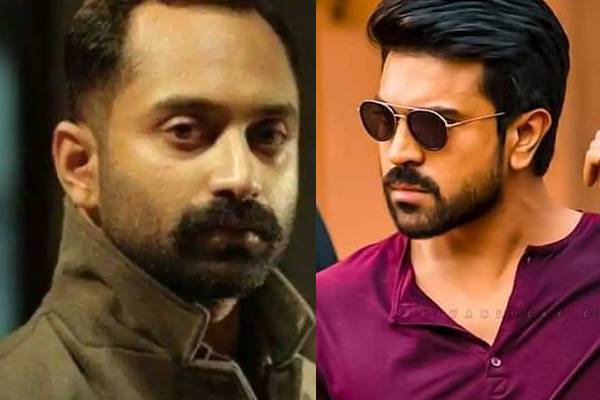 Malayalam critically acclaimed actor Fahadh Faasil is now rushed with offers from several neighboring languages. He will be playing the lead antagonist in Allu Arjun’s upcoming movie Pushpa that will head for release soon. Telugu360 exclusively heard that Fahadh Faasil will lock horns with Mega Powerstar Ram Charan in his upcoming movie that will be directed by Shankar. The top director pens strong roles for the antagonists in his films. This film is a political thriller and Fahadh Faasil has a powerful role assigned which is challenging.

Impressed with his recent assignments, Shankar roped in Fahadh Faasil for the role. The drama between Ram Charan and Fahadh Faasil is the major highlight of the film. The talks are on and the makers will make an official announcement soon. Kiara Advani is the lead actress and Anjali is considered for the other heroine’s role. This marks the 50th production of Tollywood producer Dil Raju and the film will head for a pan-Indian release next year.