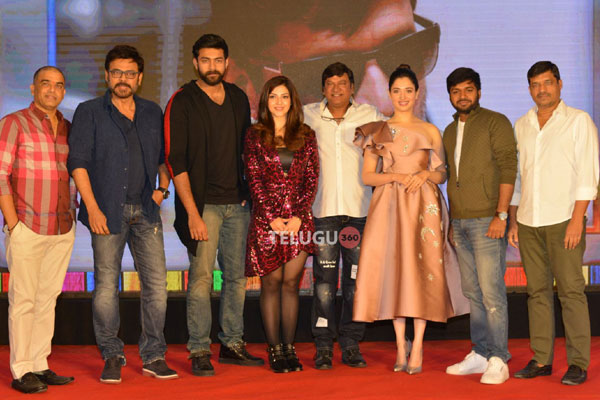 F2: Fun and Frustration created lot of buzz across the Telugu audience and several family crowds are eagerly waiting for the film’s release. Anil Ravipudi directed this comic entertainer and Venkatesh, Varun Tej played the lead roles. Tollywood audience haven’t witnessed a perfect family entertainer in the recent months and are eagerly waiting for a perfect family outing to watch with their entire families during this Sankranthi season.

F2 seems to be the best pick that will impress all the sections right from the masses to the class audience during this holiday season. During a personal interview with Telugu360, Anil revealed that F2 opens doors to family audience who are waiting to cheer up with their families during this big season. He even revealed that the film has some clean and rib tickling entertainment that will appeal to the masses from C Centres to the Class audience residing in USA. He is quite confident on scoring his fourth super hit in his career with F2.

Venky’s comic timing, Varun Tej’s Telangana dialect, Tammannaah and Mehreen’s glamorous show along with the performance of top notch actors like Rajendra Prasad, Prakash Raj, Jhansi and Anasuya will leave the audience amazed. F2 is all set to thrill the audience from January 12th across the globe.