Switch to: తెలుగు
Home Movies Movie News F3 Has More Entertainment Than What Is In The Trailer: Anil Ravipudi 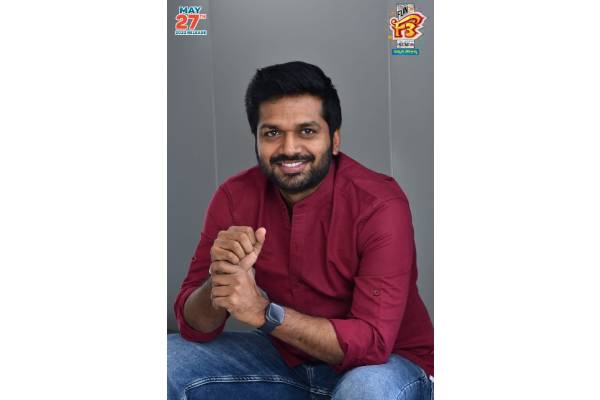 Venkatesh and Varun Tej’s F3 is releasing on May 27th. Director Anil Ravipudi who has become the synonym of success is very confident about the movie result. He interacted with the media ahead of the film’s release.

Anil Ravipudi explained why there are new additions in F3. “I thought of telling a new story with well-connected elements to the F2 audience. If F2 has marital frustration then F3 has Money Frustration. Greed and conspiracy surrounding money is the key point. It worked out as Hilarious. With F2 Success, all the artists worked with good energy. Sunil, Murali Sharma, Ali, and some other artists have been added. F3 is more on glamor and fun,” he said.

He also revealed why he added night blindness (to Venkatesh) and stammering problems (to Varun Tej). “Expectations are definitely higher when it comes to F2 to F3. Even more, can be done if there are more elements to increase the fun dose. We added these characterizations to make it look more fun with similar characters than with a normal character. There is more than what we saw in the trailer,” he added.

The young director says he is confident of satisfying the huge expectations audience will have after F2. “There is the responsibility of F2 and then, there is this responsibility of bringing the family audience to the theaters after the pandemic. F3 will be successful in both of that,” Anil assures.

The director who did not have a single failure in his career will be directing Nandamuri Balakrishna for Shine Screens banner.