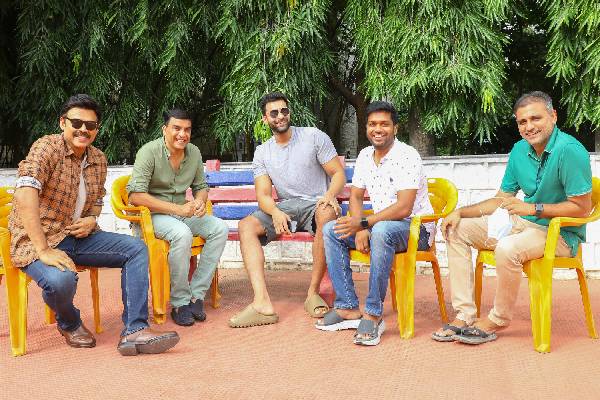 F3, Fun and Frustration is one of the most awaited film currently. The film has resumed it’s shooting in Hyderabad after a long Covid enforced break.

The film stars Venkatesh, Tamannaah, Varun Tej and Mehreen Pirzada in lead roles and has resumed its shooting from first of July by taking all the necessary precautions. The entire ensemble cast and crew members have joined the shoot.

Since the film production was affected due to the Covid-19, director Anil Ravipudi has planned to shoot some major scenes of the film this month. Bankrolled by Dil Raju amd Shirish under Sri Venkateswara Creations banner, F3 is a DSP Musical and Sai Sriram is handling the camera.