Talented actress Anushka has been away from silver screen from the past one and half year. The actress lost weight and signed an interesting new age thriller which is titled Silence. The movie is titled Nishabdham in Telugu and the makers unveiled the first look poster today. Anushka plays Sakshi, a mute artist in the movie. Essaying a never played role, Anushka’s looks are new and are completely different. She plays a dumb artist in Nishabdham.

Hemanth Madhukar is the director and TG Vishwa Prasad bankrolled the film on People Media Factory banner along with Kona Film Corporation banner. R Madhavan, Anjali, Shalini Pandey, Subba Raju will be seen in other crucial roles in Nishabdham. Gopi Sunder is composing the music and the makers are in plans to release Nishabdham during October. 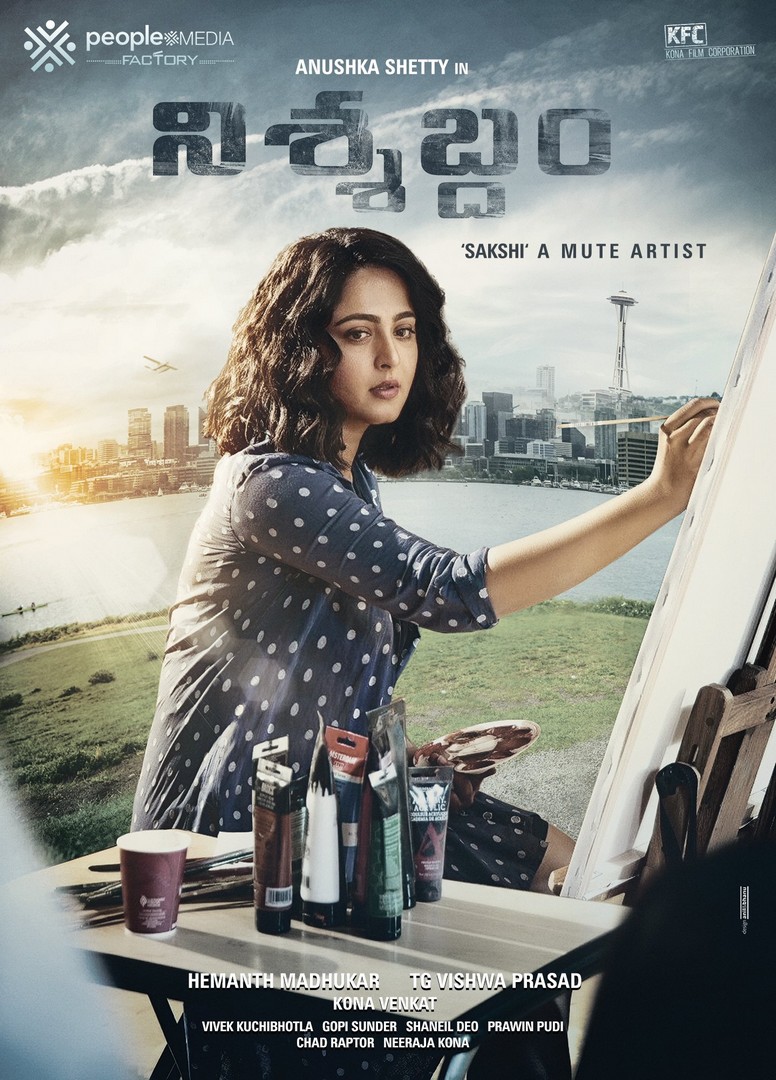