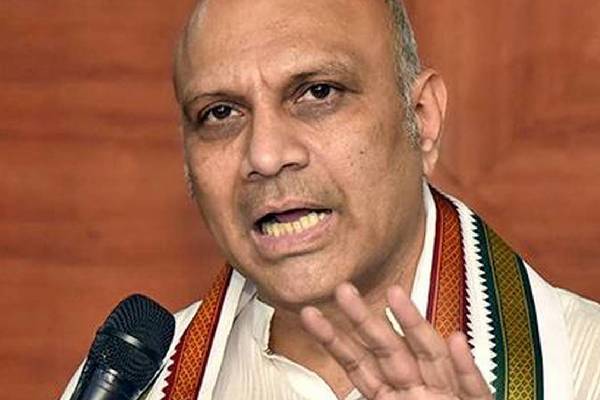 Ever since Somu Veerraju is elected as BJP chief for Andhra Pradesh, the activities of BJP are being discussed a lot in AP media and social media. During his recent interviews, Somu Veerraju has been saying that many top political leaders of AP will be soon joining BJP and the party is going to be strengthened from grassroots. As per the latest rumors doing rounds in political circles former Union minister Pallam Raju may join BJP soon. Details as below.

Pallam Raju came from political family and entered direct politics in 1989. He went on to become member of parliament thrice. He served as union minister between 2009-14 in the UPA government. He has been loyal to the Congress party for decades. But as the party lost the ground entirely in Andhra Pradesh after bifurcation of the state, many leaders of the party either joined other parties or went into political oblivion. Unlike his cabinet colleagues like Purandhaeswari and Kavuri who ditched the parties despite reaping several benefits and high positions from Congress party, Pallam Raju didn’t leave the party despite knowing that the party would lose in 2014 elections. He got several invitations from regional as well as national parties between 2014 and 2019.

The latest news is that Somu Veerraju is trying hard to rope in Pallam Raju into BJP. It is known news that BJP is preparing strategies to consolidate vote bank of highly populous Kapu community. As per these strategies, BJP is planning to pull in all the popular leaders of the community, including Pallam Raju, into their party in the next 2 years. It is known news that Somu Veerraju’s recent meet with Megastar Chiranjeevi also triggered a similar debate in media and social media. However, as per the rumors, Pallam Raju has not yet given his final nod but he didn’t firmly reject the proposal either. He is deliberating various pros and cons of joining BJP, as per the reports.

As Congress party completely wiped off from the state, he will have to join some party or the other by the time of the next general elections. We will have to wait and see if Pallam Raju decides towards a national party like BJP or prefer a regional party.