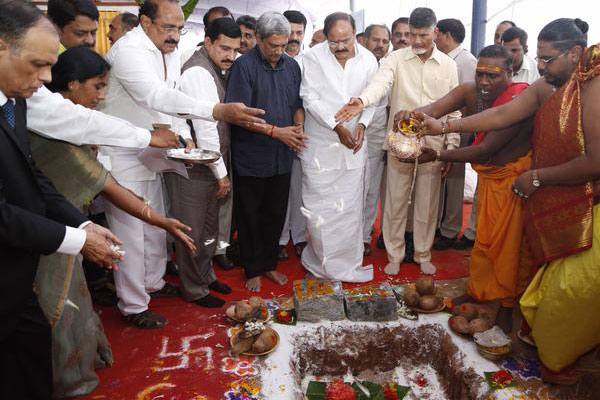 Foundation stone has been laid for the second venture of Bharat Electronics Limited near Palasamudram village in Anatapuramu district. BEL is coming forward to set up Defence Systems Integration Complex at a cost of Rs 500 crore. About 32 years ago in 1982, BEL had set up its first unit in Machilipatnam. The public sector giant is also planning another establishment at Nimmaluru in Krishna district soon.