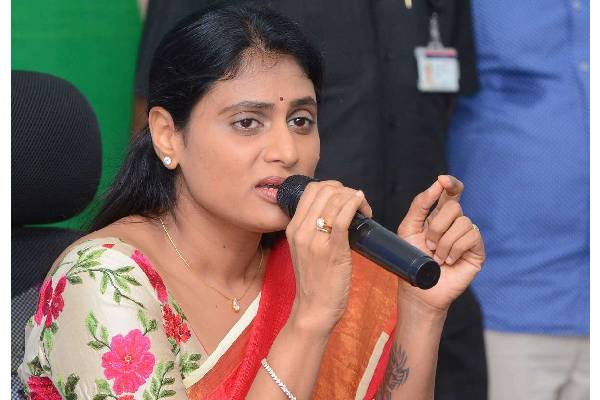 YSR Telangana Party (YSRTP) President Y.S. Sharmila said on Monday that growing paddy is the right of farmers and that Chief Minister K. Chandrasekhara Rao can’t dictate to them what crops to cultivate.

As part of her ‘Rythu Avedana Yatra’, she called on families of two farmers and consoled them in Kamareddy district. While one farmer had died of cardiac arrest while waiting at a paddy procurement centre, the other committed suicide as his paddy was allegedly not procured by authorities.

Sharmila, sister of Andhra Pradesh Chief Minister Y. S. Jagan Mohan Reddy, visited the house of Chinna Beeraiah in Ilapur village in Lingampet mandal and consoled the family The farmer recently died while waiting for his paddy to be procured by authorities at IKP Centre.

The YSRTP leader also visited Yellareddy in Sadashiv Nagar and consoled the family of M. Yadaiah who committed suicide as his paddy was not procured.

She blamed Telangana Rashtra Samithi (TRS) government for the deaths of farmers. “It’s shameful that they are killing the farmers and also staging dharnas,” she said referring to the protests organised by the TRS across the state to demand the Centre to lift the entire paddy from the state.

The daughter of former Andhra Pradesh Chief Minister Y. S. Rajasekhara Reddy said if necessary, she will go on indefinite fast to force the government to procure paddy. “I will fight for the rights of farmers till my death,” she said.

Sharmila, who consoled the families of two farmers in Medak district on Sunday, alleged that Chandrasekhar Rao is responsible for suicides by scores of farmers.

She said the Chief Minister was confusing farmers by shifting his stance on a regular basis. “Sometime he says he will procure paddy till the last grain and sometimes he asks farmers not to go for paddy cultivation. How many times will he change his stance?” she asked.

Claiming that 200 farmers committed suicide during last 70 days, she demanded Rs 25 lakh ex gratia each to the families of these farmers.