Top seven Indian IT companies experienced a whopping 43 per cent drop in their H-1B visa approvals between 2015 and 2017, a US think-tank has said.

The National Foundation for American Policy in a report said that the 8,468 new H-1B visas for Indian-based companies in the finanacial year 2017 equaled only 0.006 per cent of the 160 million in the US labour force.

The top seven Indian-based companies received only 8,468 approved H-1B petitions for initial employment in FY 2017, a decline of 43 per cent for these companies since FY 2015, when it received 14,792 H-1B visas.

“The data indicate the problem is not which companies are receiving H-1B visas, which some contend, but that the 85,000-annual limit is too low for an economy the size of the United States,” it argued.

Based on the H-1B visa data obtained from the US Citizenship and immigration Services (USCIS), the foundation said that the Tata Consultancy Services (TCS) received 2,312 H-1B visas in 2017 as against 4,674 in 2015, registering a drop of 51 per cent. 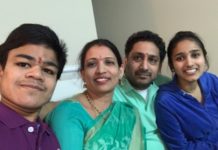