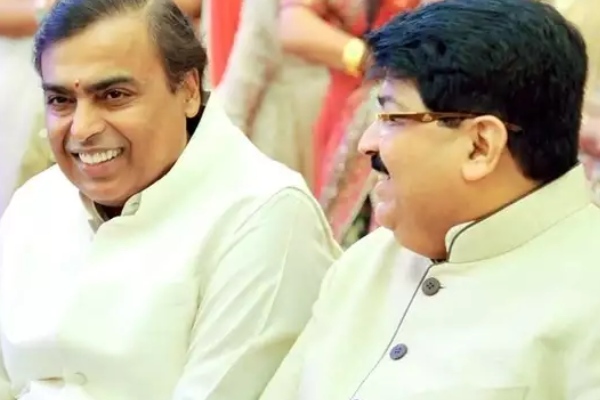 The ruling YCP is making lot of claiming that the recent Jagan-Ambani meeting will bring in massive investments from Reliance in Andhra Pradesh. But, what Reliance Vice-President Parimal Natwani says in Delhi is giving a different picture. Natwani has shared with journalists some details of Ambani tour to AP. Natwani told the media that the issue of his Rajya Sabha seat came up in the talks between Reliance Chairman Mukesh Ambani and AP CM YS Jaganmohan Reddy. But Natwani has not talked about any industries going to be set up by Reliance Group in AP as of now. Natwani’s chit-chat with media triggered fresh speculation whether Ambani’s visit was solely limited to RS seat discussion.

There is also speculation whether Jagan has really confirmed his party RS seat to Reliance or not. Delhi media circles are saying that Mukesh Ambani would have visited Jagan Reddy in AP only after getting confirmation of this. Such a huge corporate tycoon would not risk his company’s prestige without being sure of definite commitment from AP CM. Moreover, Reliance has no chance of getting support from Congress which has won in Madhya Pradesh, Rajasthan and Jharkhand.

Analysts say that AP has become very convenient for BJP to get Natwani elected to RS with the help of YCP. On his part, Jagan Reddy is also too willing to help out BJP in a time of crisis. Already, there was speculation that during his last visit to Delhi, Jagan has promised to give one or two RS seats to BJP. Now, Natwani is being given YCP RS seat in BJP quota.