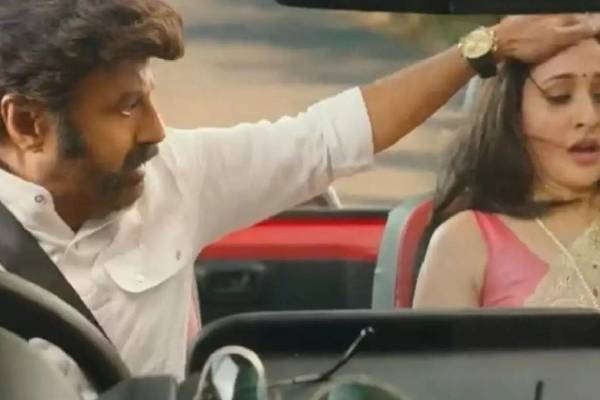 The film has a scene in which Balakrishna and Pragya Jaiswal are seen travelling together in a four-wheeler. Balakrishna, who is driving the vehicle, is forced to suddenly apply the brakes on the vehicle, to avoid colliding with a lorry.

As a result, Pragya is about to hit her head on the windshield when Balakrishna saves her. He then urges her to wear her seat belt and says, “Life is precious.”The Hyderabad police have picked this scene and have now posted it on their Twitter handle with the message, “No Matter How Far, No Matter Whose Car, Always Buckle Up!”

Apart from tweeting this message with the hashtags #WearASeatBelt, they also thanked both the director and the hero of the film for the message.They tweeted, “Thank you Nandamuri Balakrishna garu and Boyapati Srinu garu for promoting Road Safety. #Akhanda.”