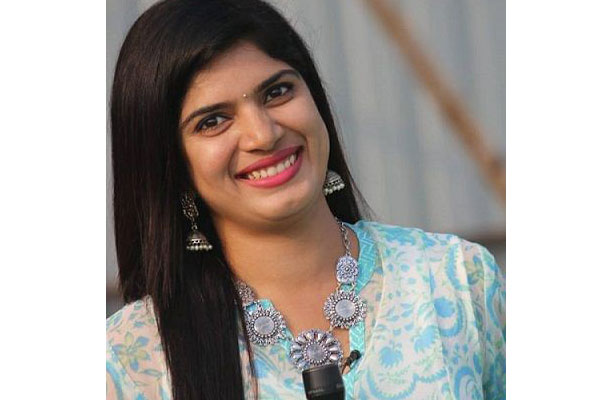 Bigg Boss 2 Telugu finalist Deepthi nallamothu share experiences in Bigg Boss house in an interview to a TV channel. During the interview, while answering to a question, she told, between Kaushal and Geetha Madhuri , she wanted Geetha Madhuri to win the title. She also told, she is very happy and contented with her performance in the show. She told, Big Boss team approached her after seeing her videos in Tv9. She revealed that her family members encouraged her to participate in this show.

She answered to the comments after playing safe game in the house. she told, she is always like that – be it is organisation or be it in the family, she never shout at anyone even if she feels that what they are doing is wrong. she added that, at max, chicken Express her opinion firmly but softly.

On Kaushal and his Army:

Deepti told that she is very happy for Kaushal for getting huge fan following through Bigg Boss 2 show. She added that, all the 17 contestants are winners in a way, because they were selected from crores of people and that itself is a very big achievement.

On Kaushal versus Geetha Madhuri:

Kaushal and Geetha Madhuri top two contenders for the title. Deepti stood at 4th place. So when the anchor asked, what was her mind set at that point of time, she answered that, between Kaushal and Geeta, she wanted Geetha to win because she was her best buddy in the house.

Finally she told that she is very contented with her performance in the show. She revealed that many people told her, that they expected her to be at least runner-up and which itself is a very big compliment for her.