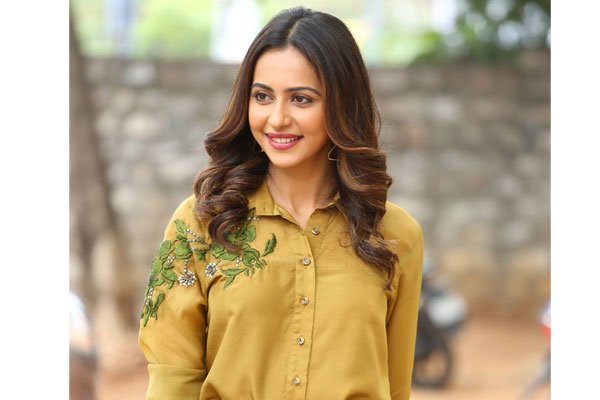 Glam diva Rakul Preet Singh bagged a golden opportunity to essay the role of popular actress Sridevi in the prestigious biopic of NTR which is titled as Kathanayakudu. It is a known fact that NTR – Sridevi was one of the super hit combinations in those days. So, Krish wants to recreate some of the iconic scenes and songs in the first part of the biopic which focuses on NTR’s journey as actor.

Rakul Preet is soon going to join the sets to shoot for her portions. Reportedly, the Dhruva actress is prepping up with dedication to justify her casting in the iconic character. Rakul is watching Sridevi’s hit movies to get right the body language. She is also going to meet some of the family members of Sridevi before commencing the shoot.

Balakrishna is playing the role of NTR in this film which also features an ensemble cast. The first part is slated for release in Sankranthi.