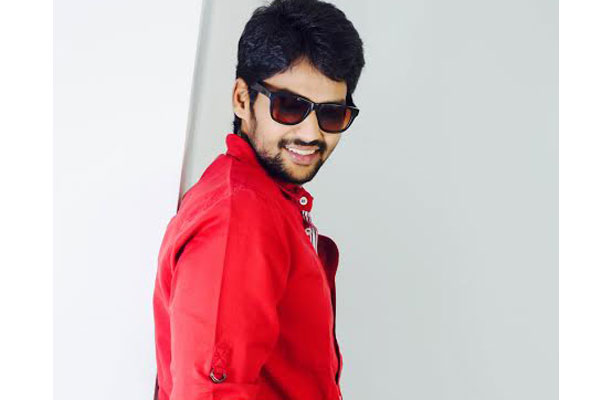 Dileep is from Palakollu in West Godavari, his debut film Hora Hori is releasing tomorrow. On the eve of the release he tells Telugu360.com that he is here to stay in the Telugu film industry after a tough training by director Teja. “I did my Btech in Hyderabad. Since schooling I was interested in acting and took part in dance performances. During college days I told my parents about my inclination to learn acting and they said I must finish B.Tech first. Having done that I joined Satyanand’s training school at Vizag and responded to the audition call of Hora Hori.

Teja gave three tasks, and when I did that he on the spot said I was selected, he is my guru. This is just not about my dream being fulfilled, it is more than anything. Doing a debut film with Teja garu and with such a big banner and producer Damu garu is my fortune. My only focus is to give my best, we don’t have any personal issues so I was prepared for the tough training. He has a reputation of being strict with his artistes and I was prepared because whatever he says is in my best interest. We shot at Agumbe which is famous for king cobras, 15 to 20 feet reptiles would slide beside us while we were shooting. One day after lunch..I was required to climb a fence and jump and run and just when I was about to do that we spotted a huge snake moving there. Everyone warned me but Teja sir said action and I did it.

For one week I couldn’t walk as in another scene I should escape from the heroine’s house. I should jump from a tall wall but because of the incessant rain I skid and fell on my heel and it got twisted..but I continued to run. By the evening my foot got swollen, I went to the doctor and he said take rest for 15 days but I went ahead with the pain. The pain stopped after one month after shoot. From morning 6 to evening 6 and at a stretch for 45 days I was drenched, you will see me in a wet look. It was a great experience, after working in Teja sir’s film…I am confident of doing any film comfortably.”…Sunita Yalavarthi