Switch to: తెలుగు
Home Movies Movie News I would like to do a film in Sukumar Writings: Koratala 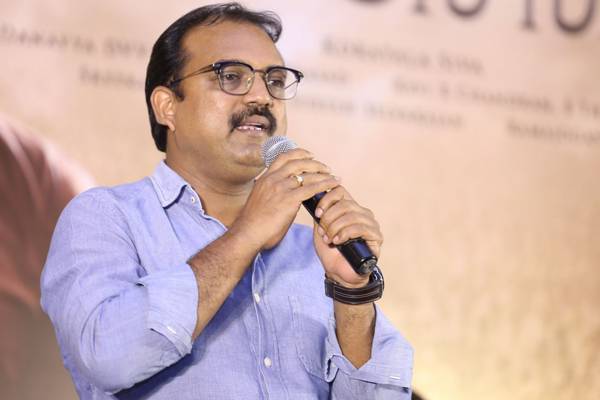 Director Koratala Siva confessed that he would like to do a film in Sukumar Writings banner. Koratala made these comments at the pre-release event of ‘Uppena.’

“Generally we get to know the performance of a film at the box office after two days of its release. But Uppena gives a vibes that it’s already a big hit. The man behind this is Buchi Babu and credit also to the director Sukumar for bringing out such a talent,” said Koratala.

Adding the director stated, “Buchi narrated the script of ‘Uppena’ for about four to five hours. Every scene has a back story and that shows his passion and involvement in making ‘Uppena’ a great film.”

Koratala showered praise on the lead pair Panja Vaisshnav Tej and Kriti Shetty. “Aasi and Babamma can only be done by Vaisshnav and Kriti. The one and only Vijay Sethupathi can fit in Rayanam role. It’s an honour that Vijay Sethupathi is among us,” said Koratala.

Wishing the producers Mythri Movie Makers, Koratala added ‘Uppena’ is only possible with them and he knows the kind support the film required.