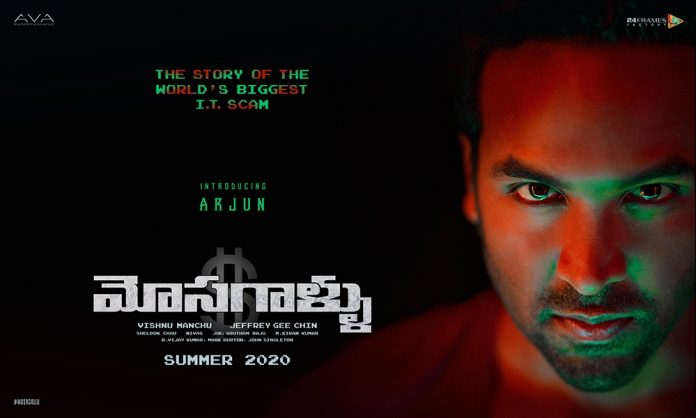 Vishnu Manchu and team are mulling over releasing Mosagallu for Mohan Babu’s birthday on March 19th. Official confirmation on the same is awaited soon. In the meantime, the film which is the most expensive one till date for Vishnu Manchu is carrying positive buzz, thanks to good response for teaser and recently released song.

Thriller films are always best sellers and the producers keeping belief on the subject spent 40 Cr approximately. The film will be technically sound as top technicians worked for it. As the story demanded, major portions were canned in USA without compromising on budget. Hollywood director Jeffrey Gee Chin has directed the film and it will have a Pan India release.

Mosagallu is based on true incidents. It narrates the story of biggest IT scam that shook the entire world. Interesting aspects are Kajal Aggarwal plays Vishnu’s sister and Suniel Shetty is making his Telugu debut with the film, apart from exceptional story, brilliant taking and lavish production standards.

Ruhi Singh played the leading lady opposite Vishnu Manchu in the film. The makers will go for vigorous promotions once they announce the release date officially.