Is Chandrababu Naidu losing his grip on the Telugu Desam Party in Andhra Pradesh? The recent incidents show that the leaders at the district level are becoming bolder and bolder. Some leaders have openly questioned Chandrababu Naidu’s leadership. On some issues, Chandrababu appears to be totally clueless on how to deal with the emerging situations.

First, it was Rajahmundry’s six-time MLA Gorantla Butchaiah Chowdary. He threatened to resign from the party over his arch rival in the party – Adireddy Appa Rao – being given more importance. That he kept the party leadership on the edge for over ten days . He did finally fall in line, but not before making his point. Even at the press conference that he has addressed after his meeting with Chandrababu Naidu, Butchaiah Chowdary looked quite defiant.

No sooner did this issue subside than the Anantapuram TDP episode came to the fore. It was not an outsider who was maligning the TDP. It was an insider. JC Prabhakar Reddy made shocking comments on leaders like Palle Raghunatha Reddy. He said that Palle was colluding with the YSRCP only to save his 200 acres of landed assets. JC’s supporters even took to Facebook to accuse Palle of trying to put spokes in the works of Kia motors. Palle’s supporters criticised JC on several other issues. 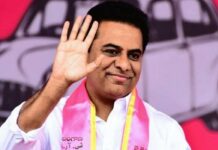 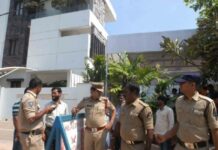