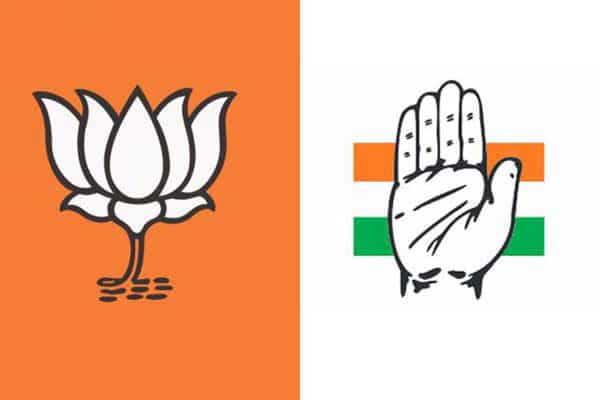 Is Congress really serious of dislodging Narendra Modi? The question may sound baffling as the Congress despite its erosion still remains the principal political force that can challenge saffron juggernaut. But, series of developments in the recent past culminating in party President choosing Kerala for his second parliamentary constituency have given credence to this suspicion on the seriousness of the grand old party in dislodging the BJP at least in 2019.

First, let’s analyse the implications of Rahul Gandhi deciding to contest from Wayanad in Kerala besides Amethi. The congress defence is to assuage feelings of South Indian hurt in the Modi dispensation. Even if one agrees with this logic, then why not Karnataka, a much safer state at a time when the Congress and Janata Dal (Secular) form a formidable anti-BJP alliance. In fact, the Karnataka state congress extended an invitation to Rahul Gandhi to stand for Loksabha from this state. In case if Congress has agreed to this request, he would have been in a straight contest with BJP in both the constituencies. Instead, Rahul Gandhi chose Wayanad where the Left is his principal rival, not the BJP. Rahul Gandhi sent a confusing political message by fighting his ally, the Communist Party of India (CPI) in Wayanad. The CPI is part of the Congress-led alliance in the recent Assembly elections in Telangana. The CPI has already indicated its resolve to join the Congress-led anti-BJP post-poll alliance through its senior left partner CPI (M) is divided on having any relationship with Congress.

Besides, at a time when Rahul Gandhi is supposed to lead a secular opposition fight against Narendra Modi, the Congress chooses a constituency dominated by minority voters giving the saffron brigade unprecedented ammunition to attack it.

Rahul Gandhi chose to fight from two constituencies at a time when there is an increasing perception and even ground reports that the Congress President has to face anxious moments in the hands of BJP’s Smriti Irani. This too robs Congress of its claims that the party revived its political fortunes in the Hindi heart land subsequent to the party victory in three state elections Rajasthan, Madhya Pradesh and Chhattisgarh.

Not in just Kerala, the Congress did not favourably respond to the Left offer of a truce in West Bengal too. The CPI(M) offered no mutual contest formula at least in the four seats won by the Congress and the two seats won by the CPI(M) in 2014. The Congress stood second in another six seats. Any patch up with the left would have helped congress to win at least eight to ten seats in this crucial state of West Bengal. But, the Congress arrogantly refused to have any understanding with the Left jeopardising not just its chances but the chances of even the Left whose MPs would have contributed to the strongest opposition to the BJP’s attempts to retain power at the centre.
In a similar show of political foolhardiness, the Congress rejected the offer of Delhi chief minister Arvind Kejriwal. The AAP offered to contest the Delhi seat together with the Congress. This would have meant a clean sweep of all the seven Delhi seats by the opposition. The Congress got decimated from Delhi in the last Assembly and Lok Sabha elections with AAP emerging stronger. The AAP successfully decimated BJP in the last Assembly polls negating the gains the saffron party attained in 2014 Lok Sabha polls in the wake of Modi wave sweeping North India. There are no signs of Congress revival in the national capital. Still, the Congress chose to fight with BJP and the AAP giving Modi a clear advantage.

In India’s largest state of Uttar Pradesh, the Congress is not part of the Mahagatbandhan comprising of SP, BSP and the RLD. The by-elections in Gorakhpur and Phulpur revealed that the SP-BSP combine can defeat the BJP even without the Congress. But, the Congress joining the opposition grand alliance would have further reassured the anti-BJP forces. Unless there is a clandestine deal to have a strategic contest, the Congress has certainly caused irreparable damage to the anti-BJP struggle in a state that sends as many as 80 seats to the Loksabha.

Thus picking up a quarrel with the Left, AAP, SP and the BSP, the Congress lost the perception battle much before the voter pressed the EVM button. On the contrary, the Modi-Shah led BJP has dextrously handled the complex alliance making exercise in both Bihar and Maharashtra. The manner in which the BJP reached out to its ever critical ally, Shiv Sena in Maharashtra indicate the sincerity with which the BJP attempted political alignments. In Bihar too, the BJP sacrificed its sitting seat to accommodate its key ally, the Janata Dal(United ), while the Congress still remains comfortable in its world of false calculation that has no relationship with the political reality on the ground.

Thus, the Congress politics of self imposed isolationism has not only disrupted the pre-poll arithmetic crucial for forming strong anti BJP coalitions in different states but even compromised the party’s capability to rope in maximum number of friends in post-poll manoeuvring as every poll prediction hints at the possibility of neither the BJP nor the Congress able to win the majority on its own.