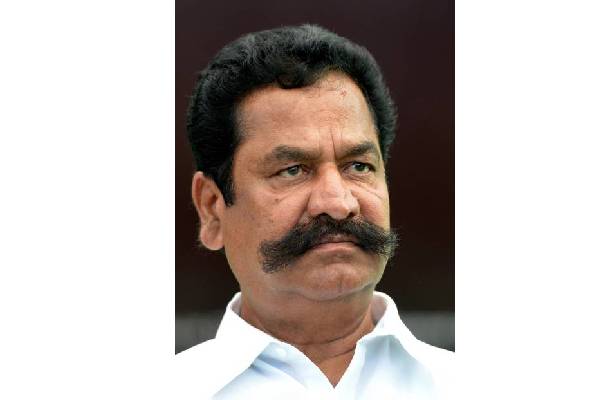 Casual meeting or condolence meeting…. Everything has some significance or the other in politics. When two leaders in opposite camps meet, politics is bound to crop up. So, when PCC chief Revanth Reddy met Hyderabad’s former mayor Teegala Krishna Reddy, there is bound to be speculation. The question, is Teegala joining the Congress?, is bound to come up.

The other day, Revanth Reddy called on his old friend Teegala, whose son-in-law passed away the other day. But, the political circles began ringing bells. The reason? Teegala is unhappy in the TRS. So, when Revanth met him, the political circles felt Revanth could extend an invitation to his old friend to join the Congress Party. Though neither of the leaders confirmed it, the buzz refused to die.

Teegala began his career in the TDP and was with the party through thick and thin. In 2014, he won on TDP ticket, but defected to the TRS. In the 2018 elections, Congress candidate Sabitha Indrareddy trounced him. Later, she joined the TRS and went on to become a minister. Thus, the importance for Teegala has begun to come down. He began to feel that he was marginalized and ignored in the party. When the BJP fortunes were on the upswing, especially after the Dubbak and GHMC elections, Teegala tried to join the BJP. He even met some key BJP leaders. Realising the danger of losing Teegala, KCR personally telephoned him and invited him to the Pragathi Bhavan. Teegala stayed back. But, after that KCR simply forgot him.

An unhappy Teegala is now said to be looking towards Revanth Reddy, who has been a good friend since the TDP days. So, when Revanth called him on, Teegala responded positively. This has set off a buzz that Teegala will join the Congress. As of now, Teegala has neither confirmed nor refuted the allegation. Is he waiting for a better deal from KCR? Or is he waiting for the right moment to defect? Let’s wait and see.