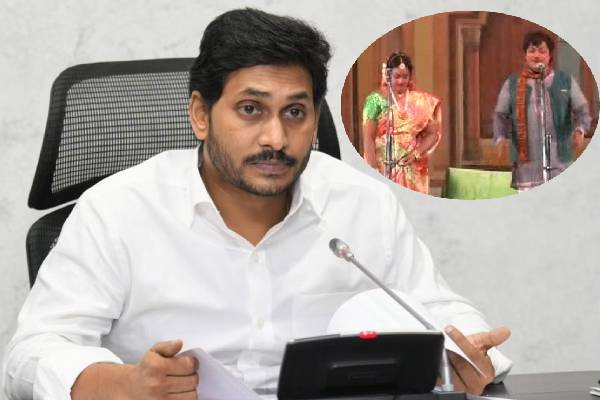 The AP Government has suddenly banned the hugely popular, yet highly controversial drama “Chintamani” claiming it was insulting the Vysya community. The drama has been there for a century and the demand for its ban is almost 10-year-old. But, why did Jagan Mohan Reddy ban it just now? What are the politics behind the ban?

In the recent past, there have been at least two incidents where Jagan’s party has insulted the Vysya community. Both the incidents left a bad taste in the mouth of the community and there has been a general buzz against YS Jagan and his party. In the first instance, YS Jagan did not personally call on the family member of former CM K Rosaiah. After all, Rosaiah is the tallest and the most respected Vysya leader. Soon after, his own party man Subba Rao Gupta, a Vysya, was brutally attacked in Prakasam district. Both these incidents have alienated the Vysya Community across the state.

Vysyas, though small in number, are quite influential in constituencies like Nandyal, Adoni, Proddatur, Kurnool, Vijayawada West, Guntur Old city and other such places. With the elections in 2024 promising to be close contests, Jagan cannot afford to alienate any community. He realizes that Vysyas could tilt the scales in at least 10 to 15 assembly constituencies.

Leaders like Vellampalli Srinivas, who come from the Vysya community reportedly briefed YS Jagan about the rumblings within the community. An alarmed Jagan chose the long-pending demand to ban “Chintamani” where the Vysyas are lampooned. The ban is a useless one as theater is already dead in AP and the drama has not been in circulation in years. By banning a non-existing thing, Jagan is reaping the publicity benefits and is ending up as a ‘protector” of Vysya honour.