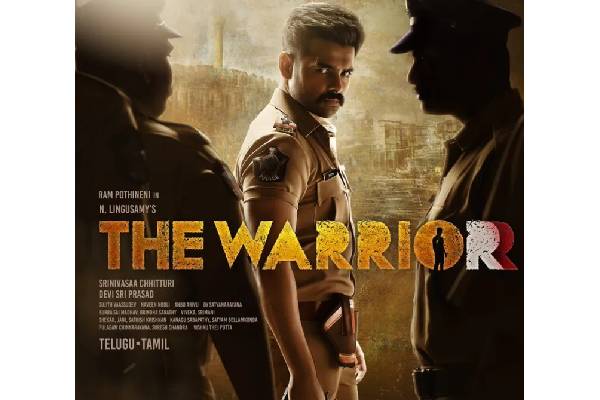 Energetic Star Ram will be essaying the role of a cop for the first time in his career in ‘The Warrior’, an action entertainer that is directed by N Lingusamy. The actor will be showcasing his six-pack abs in an action episode for the film which was canned sometime ago. Ram will go shirtless for the action episode which is one of the highlights of the film. Ram suffered a neck injury after which the shoot came to a halt for months. Uppena fame Krithi Shetty is romancing Ram in The Warrior.

The shoot of The Warrior will resume soon and more than 60 percent of the film’s shoot is wrapped up. Critically acclaimed actor Aadhi Pinisetty will be seen in the role of the lead antagonist in the film that is produced by Srinivasaa Chitturi. The film is a bilingual and will hit the screens this year.