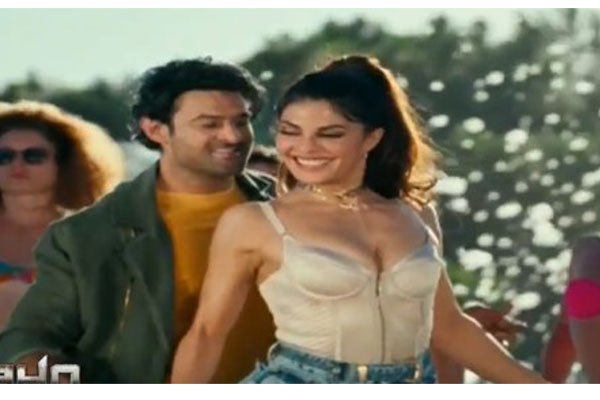 Considering so many top heroines like Kajal Agarwal, Alia Bhatt and others, finally Prabhas and his Saaho director Sujith have roped in Jacqueline Fernandez for a special song in the film. This is not a usual item song but looks like the hero’s introduction song in the movie.

The video song titled ‘Bad Boy’ that was screened at the pre-release event of “Saaho” has excited fans for two reasons. One is that Prabhas is shown as a playboy yet again, at least in this song, and then there is this hotness poured from Srilankan origin Australian hottie Jacky. Leaving Prabhas aside, it’s her amazing curves that are on display, which got all the attention.

Though it’s not the first time that Jacqueline has flaunted her sizzling figure for the silver screen, it is the first time Telugu audiences will be looking at her in awe. While the songs lack that pep, it is her sensuous look that is gonna make this song serve its purpose.