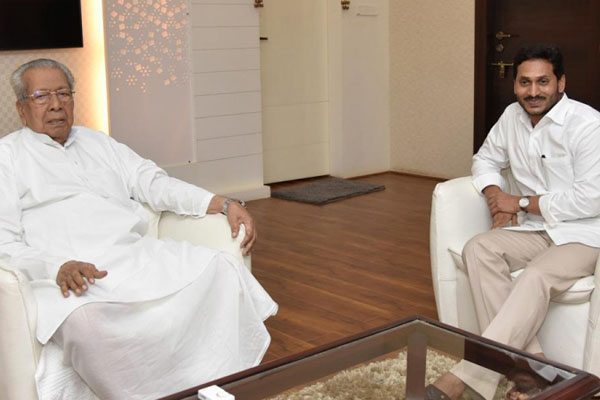 As the number of positive corona cases rose to 25 in Andhra Pradesh, Chief Minister Y S Jagan Mohan Reddy on Monday met state governor Bishwabhusan Harichandan at the Raj Bhavan to discuss measures the government had taken after the coronavirus outbreak and the complete lockdown declared by the government thereafter.

The Chief Minister had discussed the various measures the state government had initiated to control the outbreak of the virus. The government announced closure of schools, shut down of malls, cinema theatres and pubs and other public places. The Andhra Pradesh Cabinet also decided to set up a high-level Cabinet sub-committee, mainly comprising five ministers and 10 IAS officers, to monitor and contain the spread of corona virus in the state. Further, the Cabinet has decided to extend the lockdown till April 14 from the earlier March 31. The government announced a 24X7 state-district level control room helpline numbers.