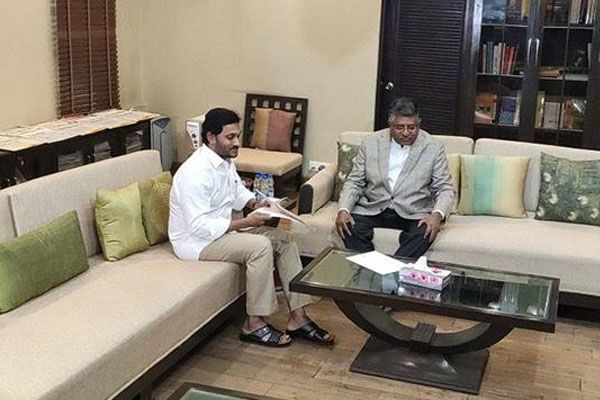 AP CM Jaganmohan Reddy met Union Law Minister Ravi Shankar Prasad today. He requested Prasad to approve and shift the principal bench of AP High Court from Amaravati to Kurnool. This is despite HC ordering the state government to stop Capital shifting plans till next hearing. YCP has been trying to make Kurnool as the Judicial Capital immediately as part of its decentralisation plans.

The Union Minister’s response to Jagan plea is not yet known. AP CM also pleaded with the Law Minister to approve the AP Council abolition resolution, saying that the Council has been creating all sorts of problems for the functioning of the government.

No doubt, the Law Ministry plays a crucial role in the approval of the decisions relating to the Judicial Capital. At the same time, the AP High Court and Supreme Court judges would also play a crucial role in the shifting of High Court in a state. Jagan Circar had so far not made any open efforts to convince the judiciary in the state on Kurnool Judicial Capital. If hurdles are created in the judiciary level, the 3 Capitals plan of Jagan will certainly hit a roadblock altogether.